Franklin BBQ at 900 E 11th Street in Austin Texas is legendary for it’s famous smoked BBQ Brisket and Ribs and they are on the list of top 50 best BBQ’s in the world.

Click below for short clip filmed at the counter.

Aaron Franklin and his mastery of BBQ have an almost cult following.

There have been many travel and food channel shows filmed here showcasing the restaurant. Even the president of the United States, Barack Obama has been to Franklin’s. In fact he’s the only person in history that has ever been allowed to cut in line.
Even Anthony Bourdain had to wait in the line when he did his show there.

Simply put, Franklin BBQ is outstanding. They make an amazing moist brisket that’s been smoked for twelve to eighteen hours. The ribs are very meaty and super tender and the sauce nice and sweet. No bones about it, they make really good BBQ!

From everything I’ve read about visiting Franklin BBQ, you need plan to wait in a very long line and you need to set aside at good amount of time for a visit. 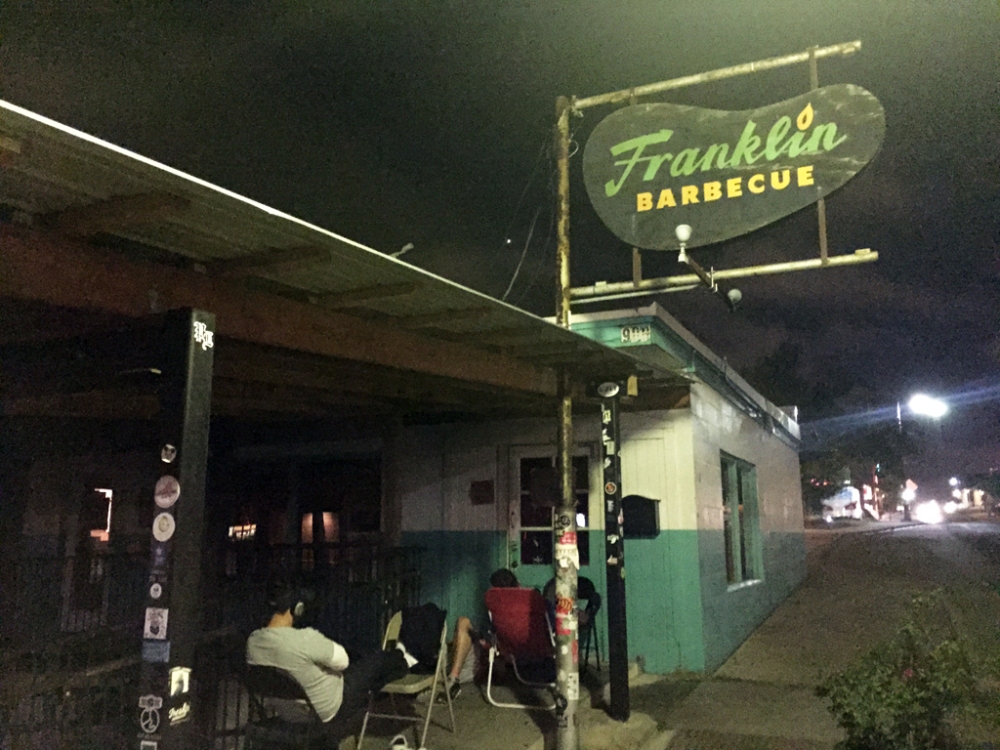 After working in the local area and finishing early, I had a free day and I decided I had to try Franklin BBQ and so I mapped everything out and got an Uber cab ride from my hotel to the restaurant and got in line … at 6am.

Now getting there that early I thought I’d be the only person insane enough to get line at 6am for a BBQ Joint that doesn’t open up until 11am….

I was wrong, there were three more guys ahead of me who had been there since 4am! 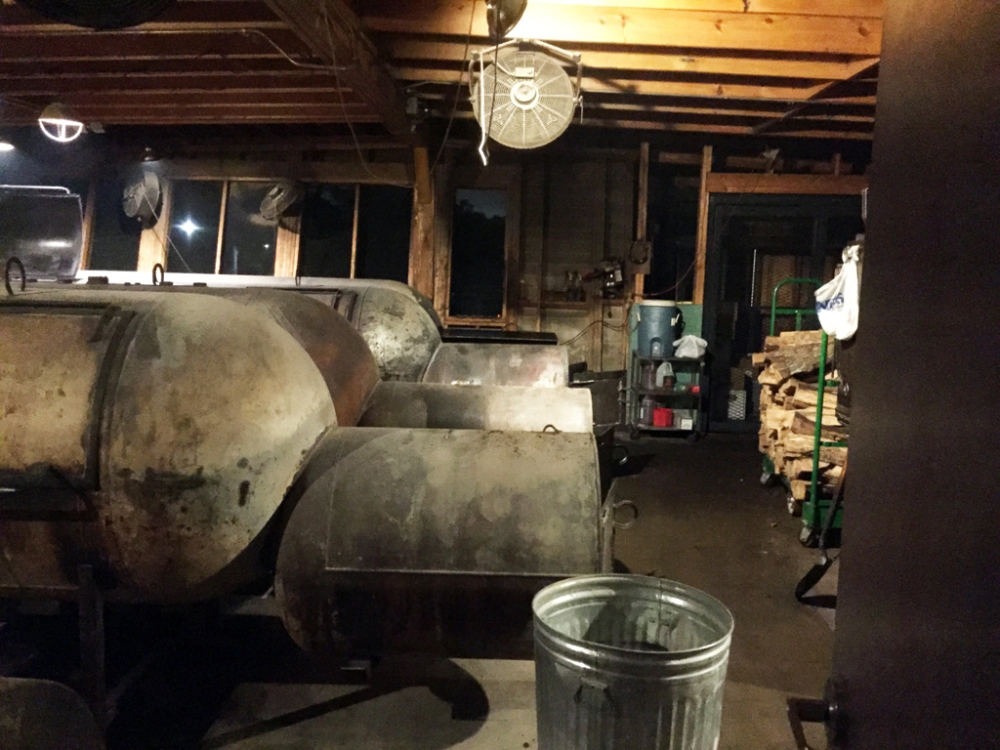 The BBQ crew was steadily working the smokers and they let me peek my head in to check them out and take a picture. These smokers are legendary and have been on many TV shows.

Knowing I had a five hour wait ahead of me I brought a book and my ipad to kill time. I am happy to say I never once opened that book or ipad.

I got to know all the people I was nearby in line with and we all hung out telling stories, drinking beer (that someone went and bought for everyone) and we were all talking about BBQ the entire time.

We watched the line grow and grow over time, eventually extending down the sidewalk and past the small parking lot. I was fortunate that there were a few chairs provided for the early birds and so I snagged one, that’s my seat in the photo below and yes that’s my beer underneath it too 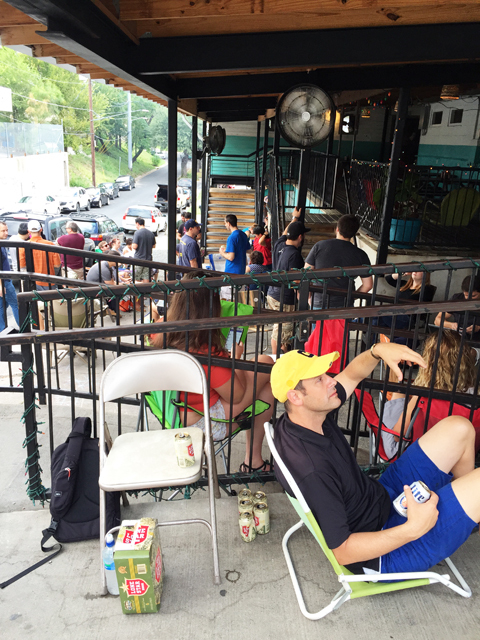 I was glad I got there early. As the minutes until opening time approached, we all grew anxious with BBQ anticipation. This was the most fun I’ve ever had waiting in a line and I’ve honestly never waited in line for anything, not even concert tickets so this was a first for me and I have say, it was very enjoyable.

Soon it was time for some great BBQ … 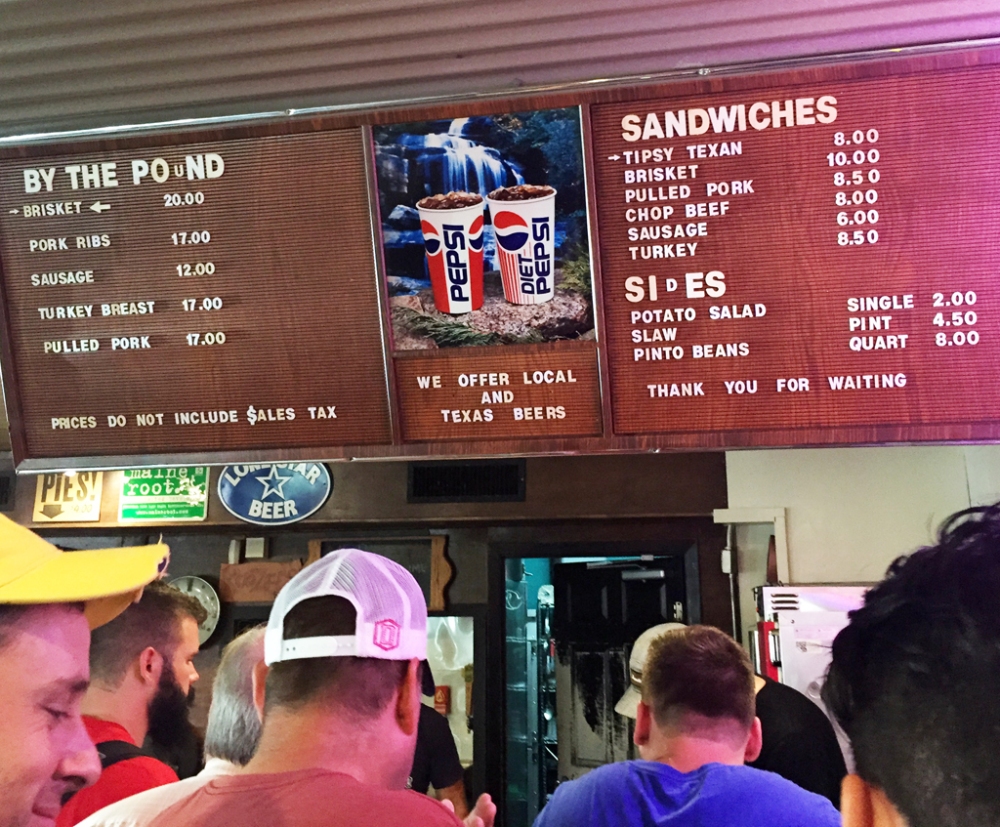 As the doors finally opened, we moved inside to form a line at the counter where we checked out the short menu and placed our orders as brisket, turkey and ribs were sliced and paper wrapped by the counter guys in front of us. I was fourth in line and I ordered 2lbs of Brisket, 2lbs of Turkey and 1lb of Ribs and I also ordered a Tipsy Texas sandwich which was a little bit of everything and of course I had to get one more beer to wash it down.

I had a wide open choice of places to sit and so I took my seat and checked out my feast and began to dig in. 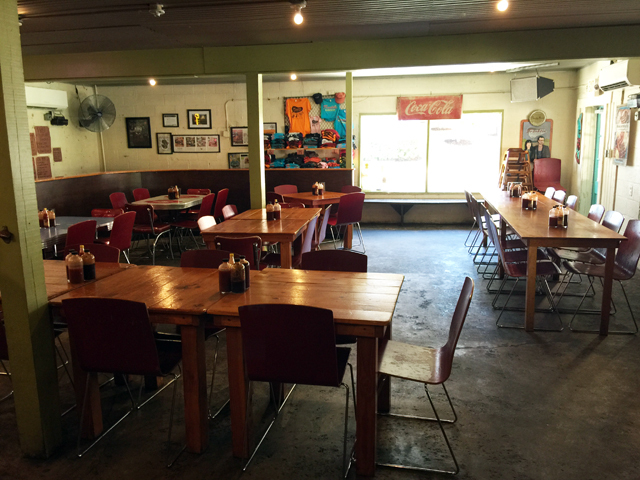 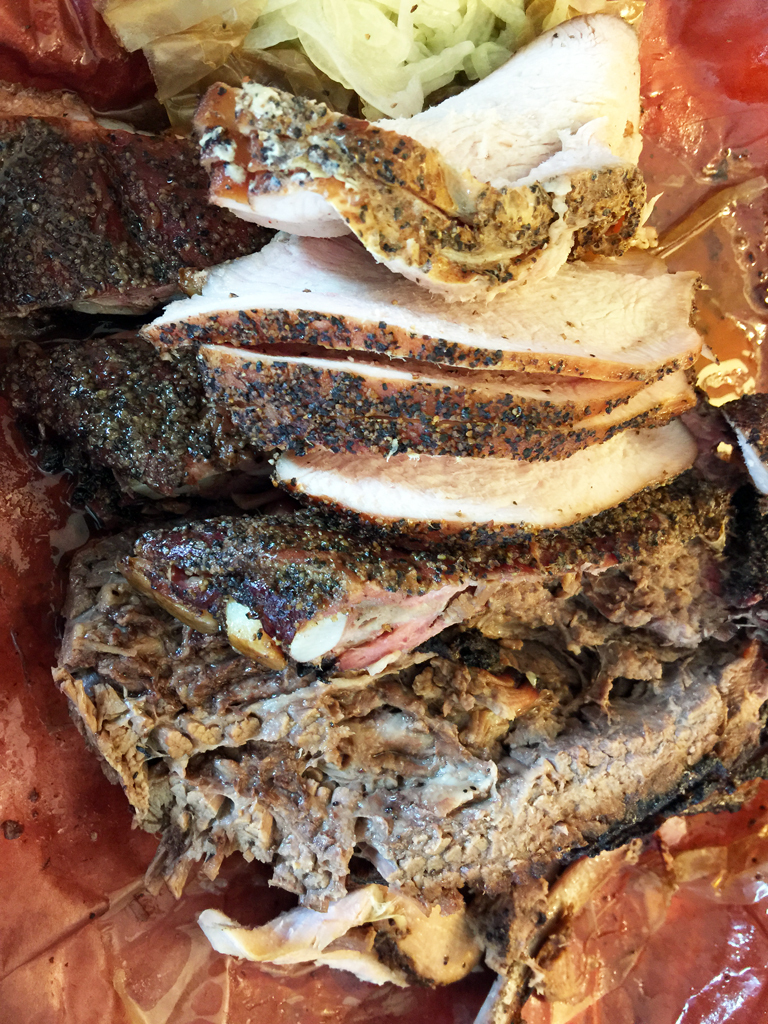 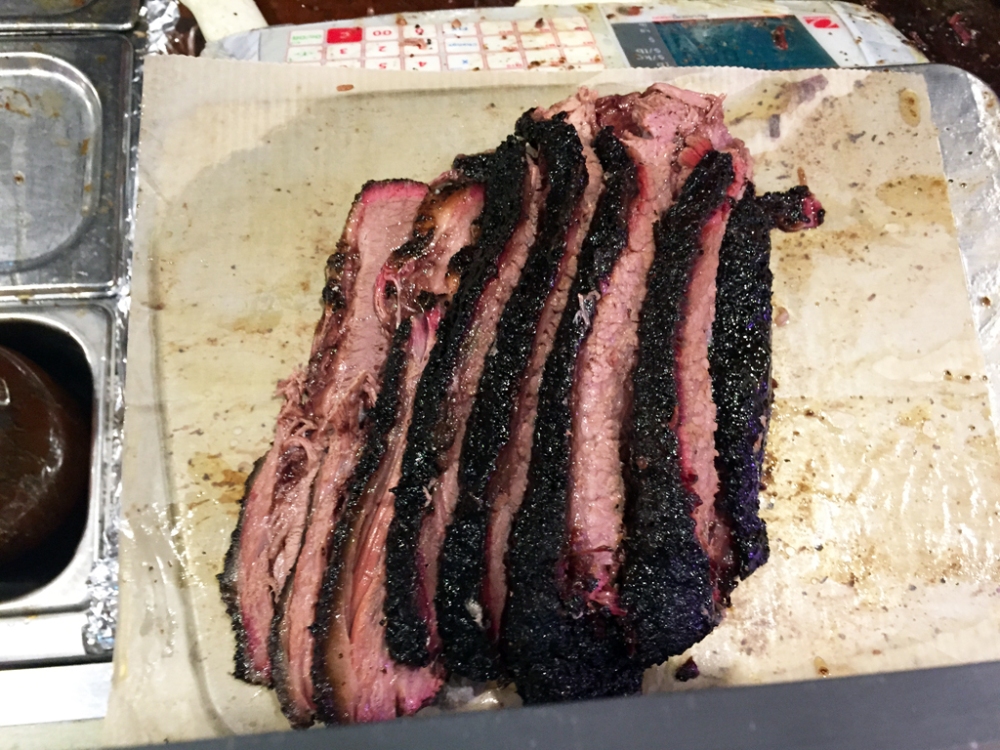 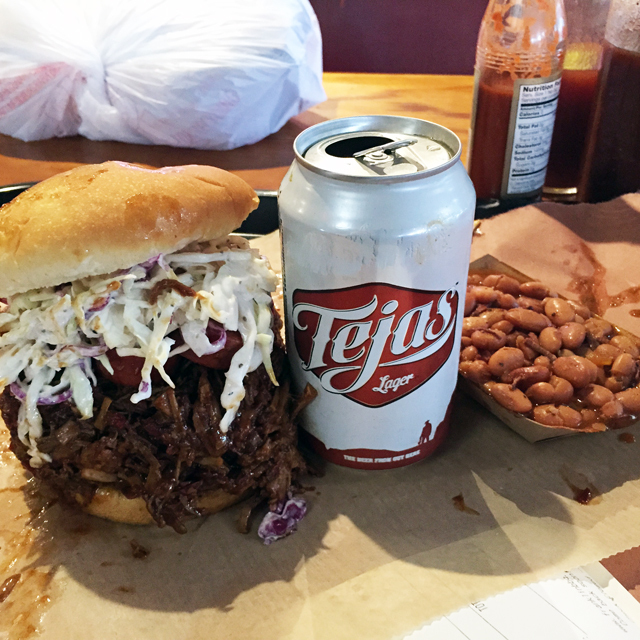 It was nice finally tasting and eating the world famous BBQ at Franklin’s, it was really damn good.

I sat there with a smile on my face, eating my monster BBQ sandwich, sipping on my beer and saying farewells to my new friends as they got their orders and made their way out.

This was one dining experience I’ll never forget. Good stuff!

Eventually they sell out of everything so be sure to get there early! 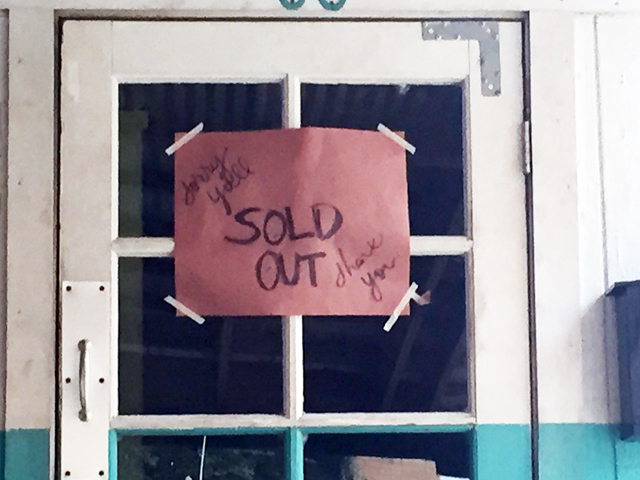