While working in Albuquerque New Mexico I checked out the old town area and found this cool old Spanish church to check out.

The church of San Felipe de Neri was started in 1706 under the direction of Fray Manuel Moreno, a Franciscan priest who came to Alburquerque [the spelling was later changed to Albuquerque] with 30 families from Bernalillo in 1704 or 1705.

The church was initially named San Francisco Xavier by Don Francisco Cuervo y Valdez, who founded the city of Alburquerque and named it after the Viceroy of New Spain. The Duke of Alburquerque ordered that the titular saint be changed to San Felipe de Neri in honor of King Philip of Spain. 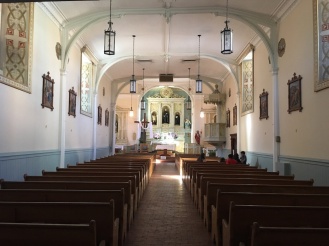 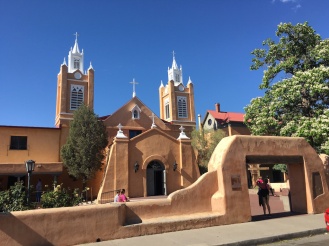