The restaurant is small and unassuming, it’s off the main drag next to harbor. You can’t miss it, just look for the crowd of people. There is only seating outside on a couple of table but it always works out where someone is leaving just as you’re getting your order. Or it makes great to-go food too.

I’ve been coming here for years and always get the same thing – the crab sandwich (but the home made clam chowder is outstanding too).

Now I’ve had crab sandwiches before and I’ve had them all around the USA. But this restaurant in Bodega Bay has THE best crab sandwiches I’ve ever tasted in my life. I easily could eat these by the dozens, they are absolutely delicious.

Just look at that last photo below…that is pure buttery crabby goodness on a roll, two thumbs up! 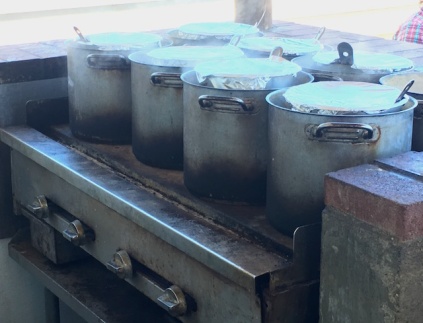 If you are ever in Bodega Bay and you’re hungry, you gotta try a crab sandwich or bowl of clam chowder at Spud Point Crab Company, you will be happy you did.